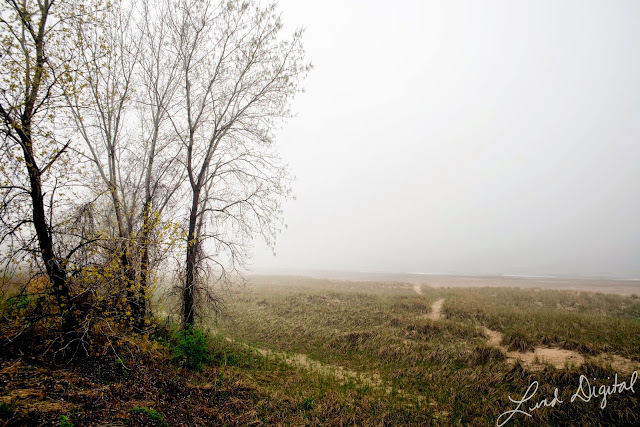 The sound of the lake was amazing that afternoon when the fog hung over the lake like a shroud.   Maybe it was heightened because the lake was hidden behind a curtain.  The continuous swish in and out as the waves met the sand on the beach could be heard loud and clear and strong while I was still climbing down the dunes to the shoreline.  Long before I could see the waves, I could hear them. There was no other sound; no wind or calling gull; just wave after wave after wave washing in with simple white caps, reminding me that although the lake couldn't be seen, its power was still there.
Posted by Unknown at 6:50 PM No comments: