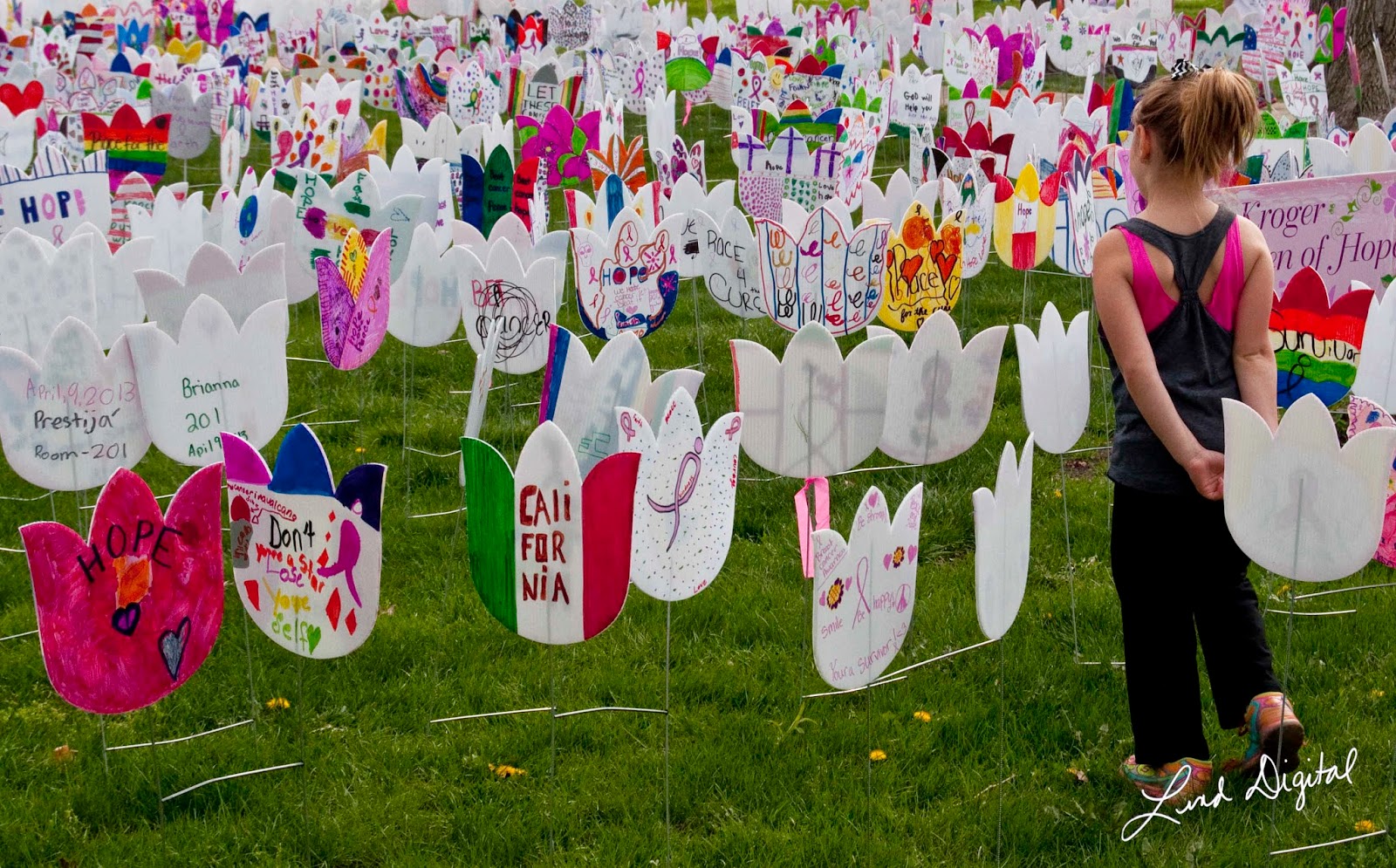 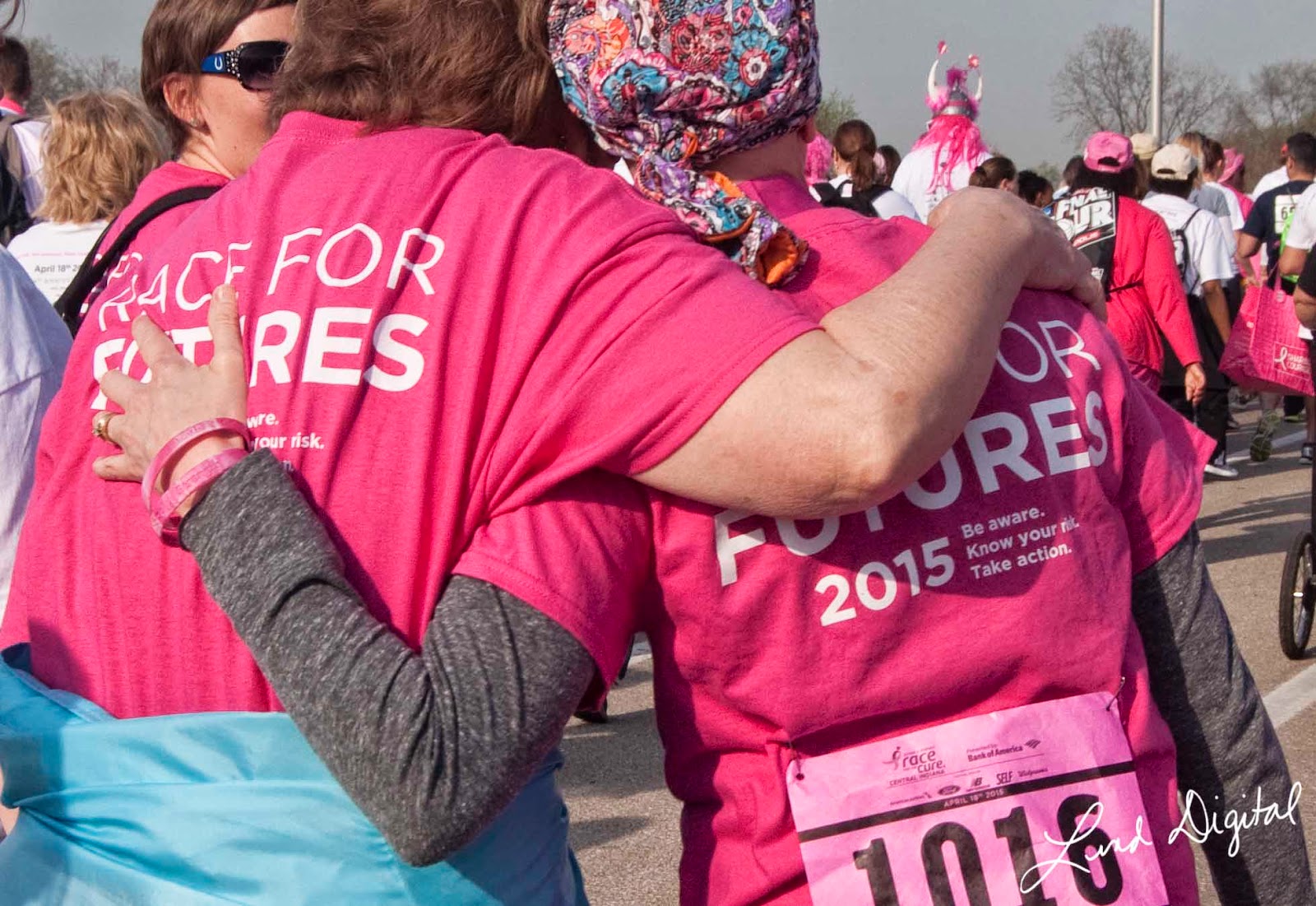 Two weeks ago my daughters, my granddaughter 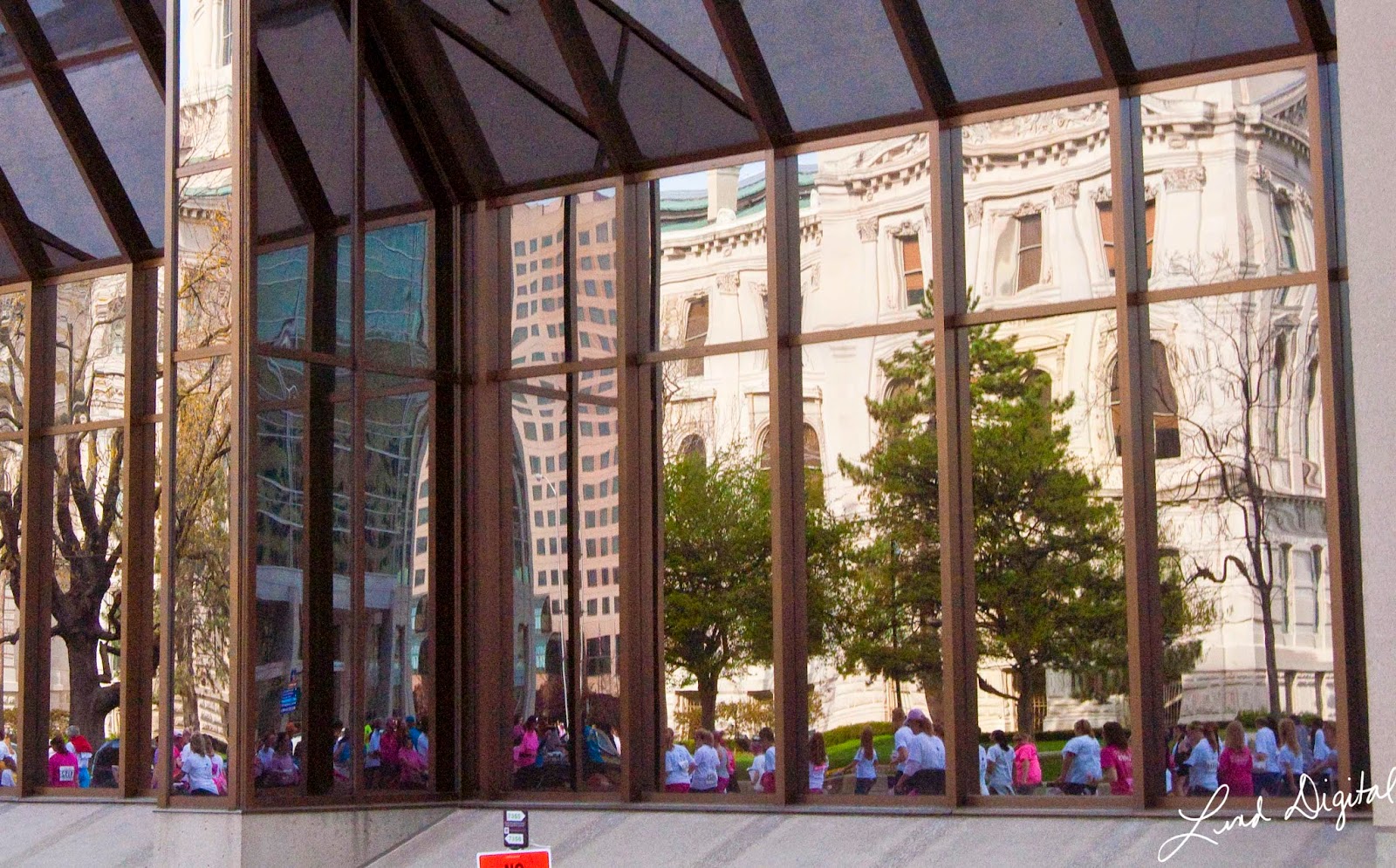 and I walked in the Susan G. Komen Breast Cancer walk in Indianapolis on a team to honor and support a young woman very dear to our hearts.  My husband dropped me off on the campus of IUPUI at seven o'clock on a chilly but sunny April morning.  With camera in hand, I walked a block to Military Park where the event was being held, arriving just in time for the start of the Pink Parade.  Since I was so much earlier than the others I was meeting, I wandered over to watch.

The Pink Parade is a march of survivors, beginning with the newest one year or less, and going all the way up to 50 and 60 year survivors.  Our dear friend began her battle seven months ago so I knew she would be one of the first in the parade.  It was difficult to keep my camera focused through the tears that welled up when I spotted Renae walking in that parade of survivors.   Accompanied by her husband, she looked strong, confident and beautiful and at that moment, my heart broke and swelled with pride all at the same time.  There are no words to describe the battle these women face every day, the strength they exhibit and the examples they set before us.  I am looking forward to seeing Renae in that parade again for many years to come, and marches like this will help make it possible. 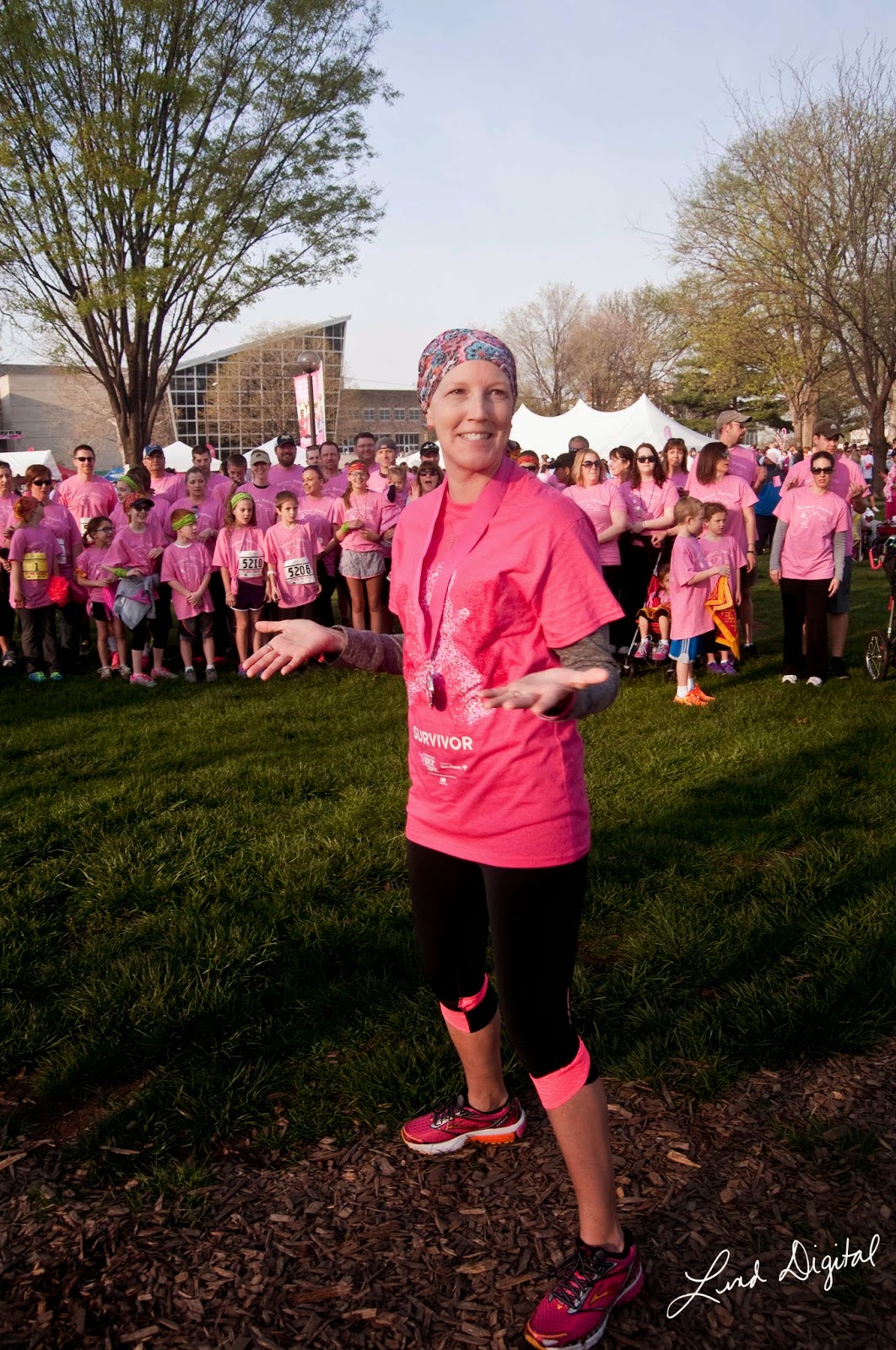