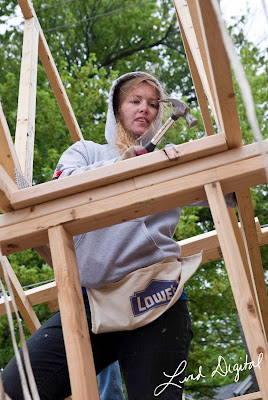 When I was a little girl I once said that when I grew up, I was going to be a carpenter like my father.   My dad had apprenticed as a cabinet maker in Switzerland in the 1950's.  After he married my mother, they moved to Chicago to begin a new life together, and since there weren't many opportunities for cabinet makers, he became a carpenter - a profession he continued for the rest of his life.

My sisters and I grew up around the sound of hammers and circular saws.  We knew the difference between slotted flat and phillips screwdrivers. We played with wooden folding rulers.  Chunky, flat carpenters pencils were normal in our house. We knew what a plumb line was and our father's old chicken house-turned-carpenter's shop was a treasure trove of sawdust piles, saw horses, stacks of discarded wood pieces and drill bits of every size.

When Habitat for Humanity was looking for  photographers to spend some time taking photos of their recent home building project, I jumped at the chance for several reasons. 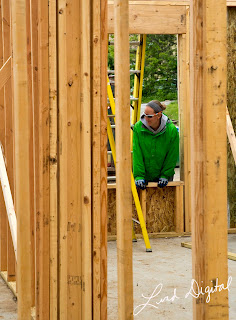 This was a unique project because it was called a "women's build" where much of the work was completed by women. Having been the oldest of three girls to grow up as carpenter's daughters, I knew that this work could most certainly be done by capable women and I was thrilled to be able to capture their progress.   It had been a long time since I'd been around a building site and it felt good to wander in and out of the skeletal wood framing, picking my way around two-by-fours, ladders and tool boxes on the unfinished floor.   I was fortunate to meet the young woman whose home they were building.  Although she didn't have carpentry skills to offer, she was there to lend a hand, carry tools, deliver fresh cut wood sections where they were needed and sweep up as she watched her future home rise up around her.

I drive by the site every now and then to check on the progress and I look forward to one day soon seeing a finished home. And I still love the smell of sawdust. 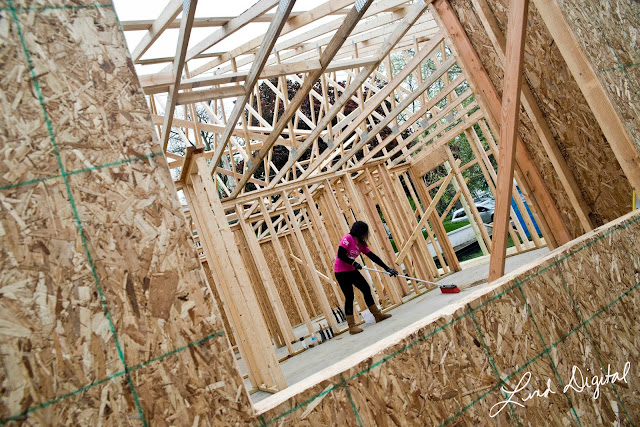 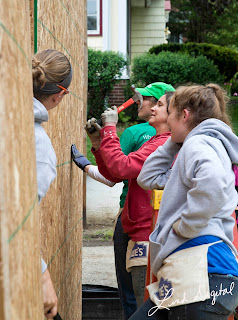